Join Crash Bandicoot and his sister Coco on a mission to save the multiverse!

What is Crash Bandicoot Apk?

Swipe to explore wild and exotic locations. Customize Crash and Coco with N.Sane Skins, build an arsenal of stupendous weapons, and hone those running skills for rewards.

Get ready for the run of a lifetime!

Legendary locations and infamous bosses
A variety of running challenges await Bandicoot fans, both new and back for more!

The Wumpa Archipelago is vast, featuring classics such as Turtle Woods, Temple Ruins and The Great Gate to delight all Crash fans. Every adventure is a thrill ride, risking dangerous Sewer or Later or a dash through the perilous Snow Go Mountain.

Dr Neo Cortex has pulled from the multiverse Crash and Coco’s most dangerous enemies: Nina Cortex, Dingodile, Dr N-Gin, Fake Crash & Coco plus many more old and new bosses are stealing Power Gems. It’s up to Crash and Coco to stop them!

Team up for greater rewards
Get ready to join the best Bandicoot in the asynchronous multiplayer runs!

Teams are about playing with friends and pulling together, with bragging rights for being the best and seeing your name on the leaderboards. Who went farthest, or lasted longest? By challenging others, your Team could claim huge Trophies.

Adventure in bold Bandicoot style
There is more than meets the eye with incredible skins available to unlock.

The classic Crash Bandicoot and Coco are yours from the start, plus Punk skins to make a statement. As you explore the multiverse, you’ll unlock skins that give extra Trophies, bonuses, modifiers and even an Aku Aku Mask!

Unlock new lands to explore
Choose where to take Crash or Coco running for prizes or just for fun.

Rewards offered, or enemies faced, influence choices of Skins and weapons to take running with you. Islands pose varied challenges with multiple routes and lanes weaving to-and-fro, above and below. The resources to collect depend on the path you take, so choose wisely.

Perfect that aim, boost your game
When it comes to boss battles, Crash and Coco make weapons to take ’em down!

Serums to sloosh Frosty Ant Drone out of his lane. Bombs that rattle Nitro Crab in his shell. It takes a Ray Gun AND Bazooka to humiliate Nitro Neo Cortex.

Build and upgrade your bandicoot base
Help Coco to develop her Wumpa Island HQ.

Coco or Crash go on-the-run to comb Wumpa Island for resources. Parts are used to build high-tech labs where weapons get made, such as Nitro Bombs and Frosty Ray Guns.

Crash Bandicoot: On the Run! is completely free to play but some optional in-game items will require payment.

Easily sync the game between devices and access full game features when connected to the internet.

Hello, Bandicoots! This small update will fix a crash and improve performance on some devices. 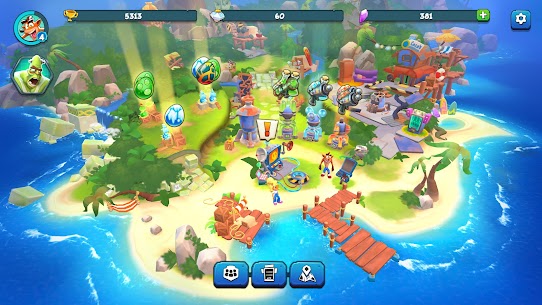 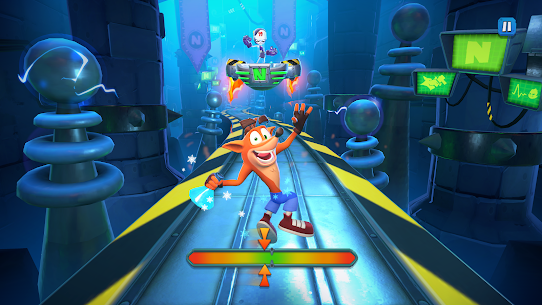 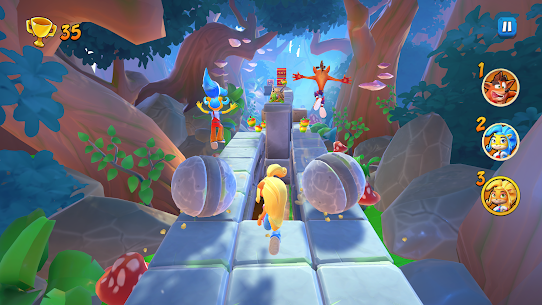