The program is designed to play chess online on Chess OK Playing Zone server (also known as Chess Planet) - one of the most popular chess servers in the world.
Download APK
4.1/5 Votes: 6,792
Report
Developer
Chess KingVersion
1.6.5
Updated
May 18, 2017Requirements
4.1 and up
Size
8.2MGet it on

The program is designed to play chess online on Chess OK Playing Zone server (also known as Chess Planet) – one of the most popular chess servers in the world.

Chess is the one of the oldest games on the Earth. Chess train your logical thinking and memory, so they became popular with children in school.

It is fascinating and useful to play chess online at Chess OK Playing Zone. There are more than 100 000 registered users on server, thousands of games are simultaneously online at any time of day. You can find a large number of partners of equal skill or close interests. Game supports both short and long time controls (bullet, blitz, standard). You can add favorite players to your friends list to make them easier to find later.

You can play chess online from mobile phone, tablet or PC. Games are saved in local database in PGN standard. Saved games can be shared via email, skype or jabber. You can play chess locally, online or watch live chess games. Online game is possible without registration, but if register, you will get your personal chess rating for three time controls – bullet, blitz and standard.

Application include very powerful engine for PGN import – it can handle majority of PGN features – standard notation, flash notation, Set Up tag and other. Also, it is integrated into system dialogs, so you can import PGN from clipboard, browser, messengers, another chess applications such as chess.com, chess for all, chess for android, chess-presso, chess from AI Factory and others 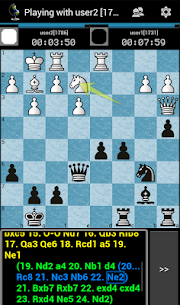 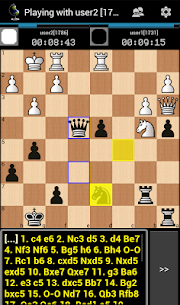 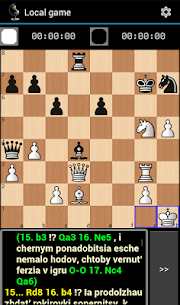 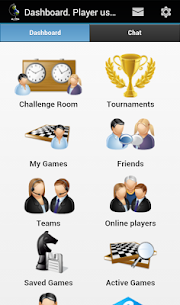 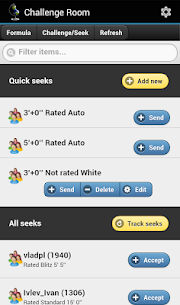 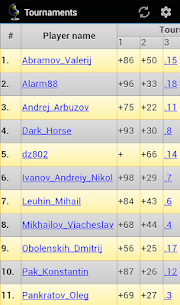 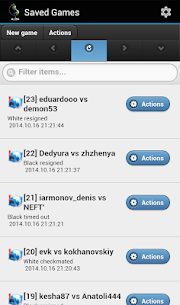 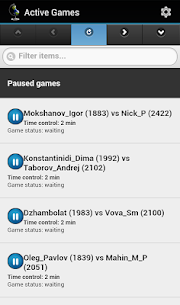